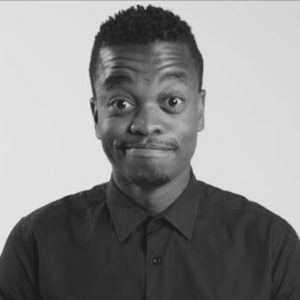 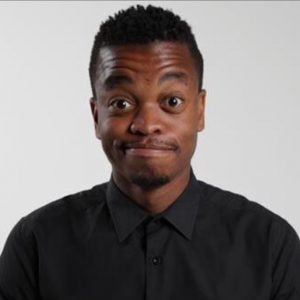 Is much more than what meets the eye. Mpho’s journey began like anyone with a “big dream”, in the casting line on the national comedy search TV show , “So You Think You Are Funny”. This platform gave him the audience needed to put himself out there as a serious comic.

With great local and global appeal, Popps packed venues and line ups with his debut one-man show, “Exhibit A”, and his annual, “Mpho Popps Birthday Comedy Special”, Blacks Only.

Club tours and festivals is where Popps solidified his mark in the industry, earing him a nomination for the first ever, Annual Comics Choices Awards as best newcomer where he went on to win the award for “Breakthrough act” the following year.

Popps has a talent for languages and is a “fox with a real silver tongue” on stage, captivating all types of audiences in and around South Africa. Popps performs overseas, a comedian of the world and as such he has already shown his global appeal.

Popps uses real-life situations and makes them relatable through humour. Combining Intellectual Wit and Pop Culture Plugs, creates a world filled with joy and laughter. His performances, talent and skill is an embodiment of his true self – this is Popps, all day and every day.

Joe Public’s service offering is through its specialist companies:

The group has African and European partners/affiliates in fourteen different countries.